For the design of the “Ipersalute” Brand Identity I decided to use a simple, clean style, with different distinctive characters as iconographic as possible for a easy understanding and recognition of the business.

The logo is a combination of text and a mark that contains various elements of the world of “health”. Starting from this assumption I inserted the silhouette of a pill inside the shape of a heart (recreated with the union of the symbol of two pills) adding a small cross in the upper part, both of these elements are also a clear reference to the pharmaceutical industry.

The logo was combined with the pay-off “The heart of your well-being”, a term heart that aims to underline the identification of the mark and at the same time refers to the concept of “center” to underline the intent of this new business, that is to centralize all the products for the client’s well-being.

This linear font, softened at the ends, is perfect to be combined with the concept of health, however it maintains strength (in this Bold version) to match the “Iper” lettering which remembers the concept of “Big” but which in its purest intent simply means “above”, “beyond”, as well as what this business wants to offer to its customers.

The colors used “verde acqua” and “fucsia” in less bright shades, were chosen for their use in the medical and health fields, “verde acqua” for the lettering to refer both to cleanliness, professionalism and the medical world (color used for the uniforms of nurses most of the time) and “magenta” (used for the coats of American nurses) used to contrast the color of the text and which, approaching the shade of red, goes well with the heart icon. 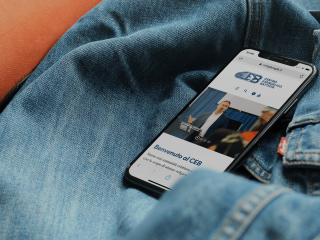 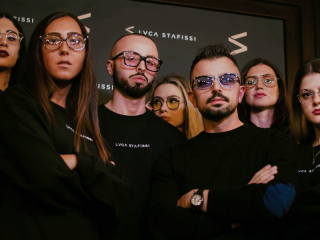